Cardano price pattern has shifted from a pennant to a symmetrical triangle after the consolidation moves into the seventh week. The upside potential is now relatively muted compared to the pennant, but the outlook remains bullish for ADA.

After 44 days, ADA is breaking out from a symmetrical triangle. The pattern projects a 38.5% gain from the declining trendline at $1.48, which equates to a price of $2.05 and is near the 161.8% Fibonacci extension of the March correction at $2.08. 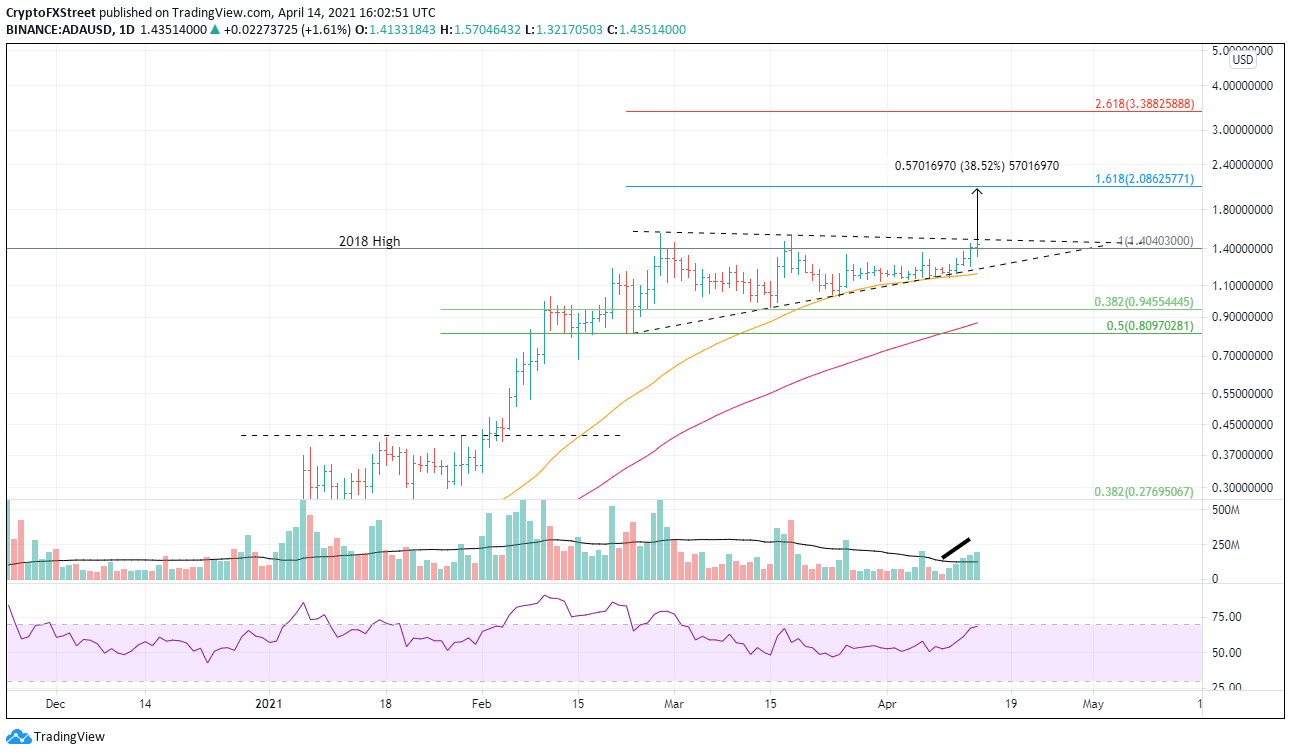 Of course, this new rally attempt above 2018 high, and the declining trendline may fail. Immediate, firm support emerges at the convergence of the rising trendline at $1.22 and the 50-day simple moving average (SMA) at $1.19.

MATIC price has continued to record lower highs as part of the consolidation that has consumed the asset since...

Bitcoin price presented a buy signal on the weekly chart. The bullish formation came on top of the 50-week...

Cardano price rose 12% after dipping below a crucial support level at $1.451. ADA is currently hovering inside a critical...

Cardano (ADA) Price Predictions: Where Does the Green Coin Go After New Highs?

Cardano (CCC:ADA-USD) is not wasting a single second as green coins continue their lofty ascent. The mainstay altcoin, which...

Bitcoin and the majority of Altcoins are climbing higher, marking the second consecutive day of trading in green. After...