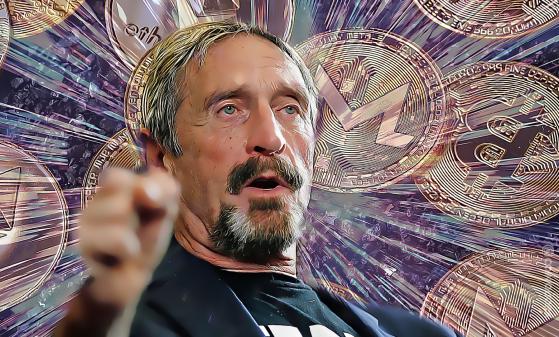 John McAfee Defends Self in Spanish Prison Over US Case

The cybersecurity and crypto advocate — John McAfee, is awaiting extradition from a Spanish prison to the US. Once back on US soil, he will defend himself against charges made by the SEC and the US Department of Justice (DOJ).

When questioned about the allegation, McAfee said, “The [US Securities and Exchange Commission’s] allegations are overblown’’.

McAfee’s imprisonment in Spain began in October 2020. This is particular, was due to an ICO tax evasion. The arrest came as a result of McAfee’s failure to disclose the $23.1 million he gained upon promoting a series of Initial Coin Offerings.

Furthermore, based on the US Financial Bureau of Investment (FBI) claims — McAfee took advantage of the ICO craze. He promoted a series of crypto and blockchain projects on Twitter a couple of years ago and failed to disclose his gains.

However, FBI Assistant Director William Sweeney said that McAfee deceived the public via ICO promotions made by his crypto team. Together they made around $13 million from the ICO scam alone.

McAfee was jailed for multiple accusations. Most of which were money laundering scams including fraud and an alleged crypto pump-and-dump scheme. Also listed are fraudulent activities with security offerings and the tax evasion allegations.

This article first published on coinquora.com

Ledger customers will now be able to swap Ethereum-native tokens including USDT, LINK and WBTC directly in the Ledger...

What Makes the 1933 Double Eagle so Special?

1933 Double Eagle Breaks the Highest Value on Record In coin news recently, a gold coin sold at an...

China’s Xiong’an New Area, a district that is located about 60 miles southwest of Beijing and that serves as...