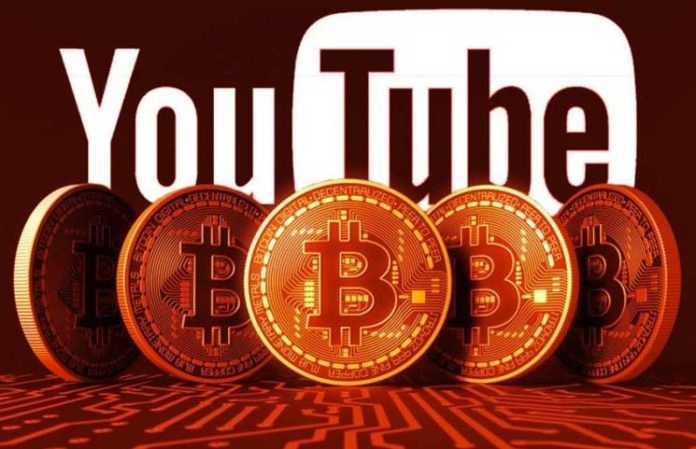 From bigwigs such as Tesla CEO Elon Musk discussing crypto on Twitter to non-fungible token aka NFTs coming into existence, the popularity of digital currencies skyrocketed during the last 12 months. Bitcoin made the most of it and its price peaked to a new height – over $60,000 apiece.

With such a massive jump in its price, Bitcoin has become out of reach for most traders and crypto investors. Now, to better understand which cryptocurrencies, other than Bitcoin, are garnering the most amount of consumer attention, a firm called Total Processing analysed the views on crypto-centric videos data on Youtube and discovered some unique insights.

According to Total Processing’s data, the smart contract cryptocurrency Ethereum captured the most number of Youtube views in the last 12 months. Ethereum aka ETH related videos, attracted 231 million views on Youtube, after which bitcoin aka BTC came in at the second spot with 199.9 million views.

Both ETH and BTC combined attracted the lion’s share of eyeballs on the popular video-sharing platform as they get 4x times more views than Chainlink aka LINK, which reached 45.7 million views since April 2020 and grabbed the 3rd spot. After LINK, the fourth position is being held by Cardano aka ADA, which acquired 43 million views.

Total Processing believes that while the mainstream media is definitely a reckoning force and plays a big role in cryptocurrencies, Youtube’s role is just as significant. This is quite true as another recent survey report revealed how the Google-owned video sharing platform has become U.S’s most popular social media platform in 2021.

In order to conduct the study, Total Processing looked at the top 10 crypto assets and Processing and scraped the views of a whopping 10,000 videos on Youtube. The firm noted that the channels which actively discuss cryptocurrencies saw a considerable amount of success in 12 months and also impacted the price of the coins.

For instance, the channel JRNY Crypto published a video wherein he explained which altcoins he would buy and that in turn led the price of stormx to increase by a whopping 189.68% in seven days.

All in all, it is well understood that the conversation surrounding cryptocurrencies has expanded far beyond only Bitcoin. All thanks to crypto enthusiasts who are spreading the word about it on platforms such as Youtube, where everyone, including both amateur and serious investors, can freely consume their content. As Bitcoin trading price is constantly going up and showing no sign of another crash, especially after the recent investment of $1.5 billion by Tesla, people are visualising a promising future of the cryptocurrency market and actively turning towards other cryptocurrencies, such as Etherium, which are still in reach.

Do you also consume crypto-related content on social media channels? Let us known in the comments down below. We will keep you updated on all future developments. Until then, stay tuned.

Benzinga Shorts: How to Buy Ethereum

Bitcoin's price rally has stalled after a blistering start to the year with ethereum, the second-largest cryptocurrency after bitcoin,...

Benzinga Shorts: How to Buy Ethereum

With the popularity of cryptocurrencies reaching an all-time high in 2021, many traditional investors are beginning to flock to...

While speaking at the Virtual Fintech Forum in Hong Kong on May 27, Ethereum co-founder Vitalik Buterin commented on...

The overall mood of the cryptocurrency ecosystem is muted on June 15 with most altcoins trading flat while Bitcoin...