Ethereum (CRYPTO:ETH) held support at the important $1,950 level. It was apparent that there would be support at this level because it had previously been a resistance level.

The low trade on April was right at $1,950. Since then, it has been trending higher.

Now ETH has hit resistance at the $2,500 again, which is where peaked on April 15 before it sold off.

Resistance is a large group of sellers all trying to get the same price. In this case, it’s $2,500. There is more supply than there is demand at resistance levels, so rallies end when they reach them.

Sometimes, securities trend lower after hitting resistance like ETH did starting April 16. This happens when some of the sellers who formed the resistance decide to accept lower prices. They push the security lower.

Either way, they have left the market.

With this supply out of the way, buyers will need to pay higher prices to acquire ETH. This could result in a rally. If the $2,500 level gives way, ETH could make a rapid and large move higher. If not, a new downtrend could form over the next few days. 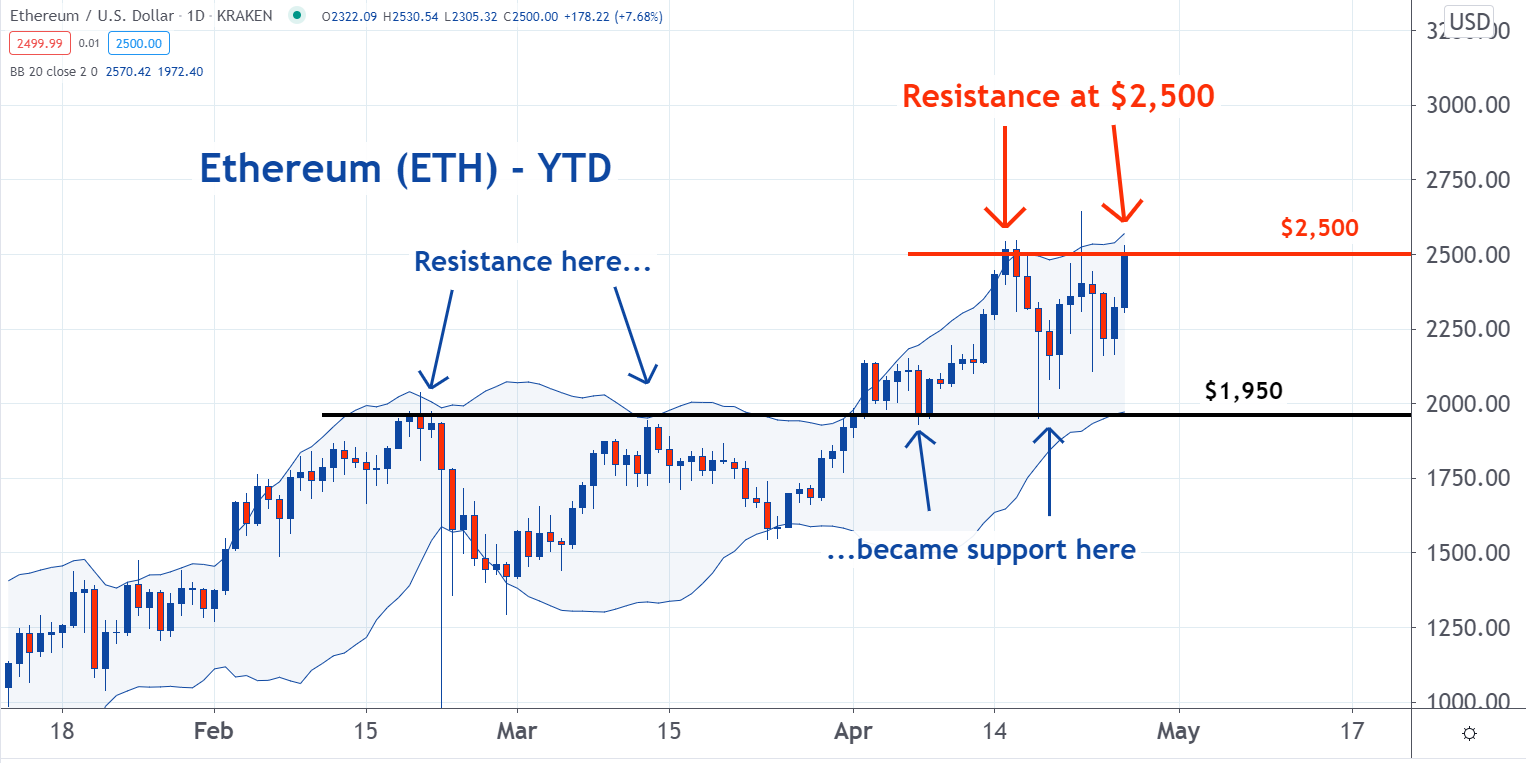 © 2021 Benzinga.com. Benzinga does not provide investment advice. All rights
reserved.

Has XRP accumulated enough power for another blast?

Has XRP accumulated enough power for another blast?